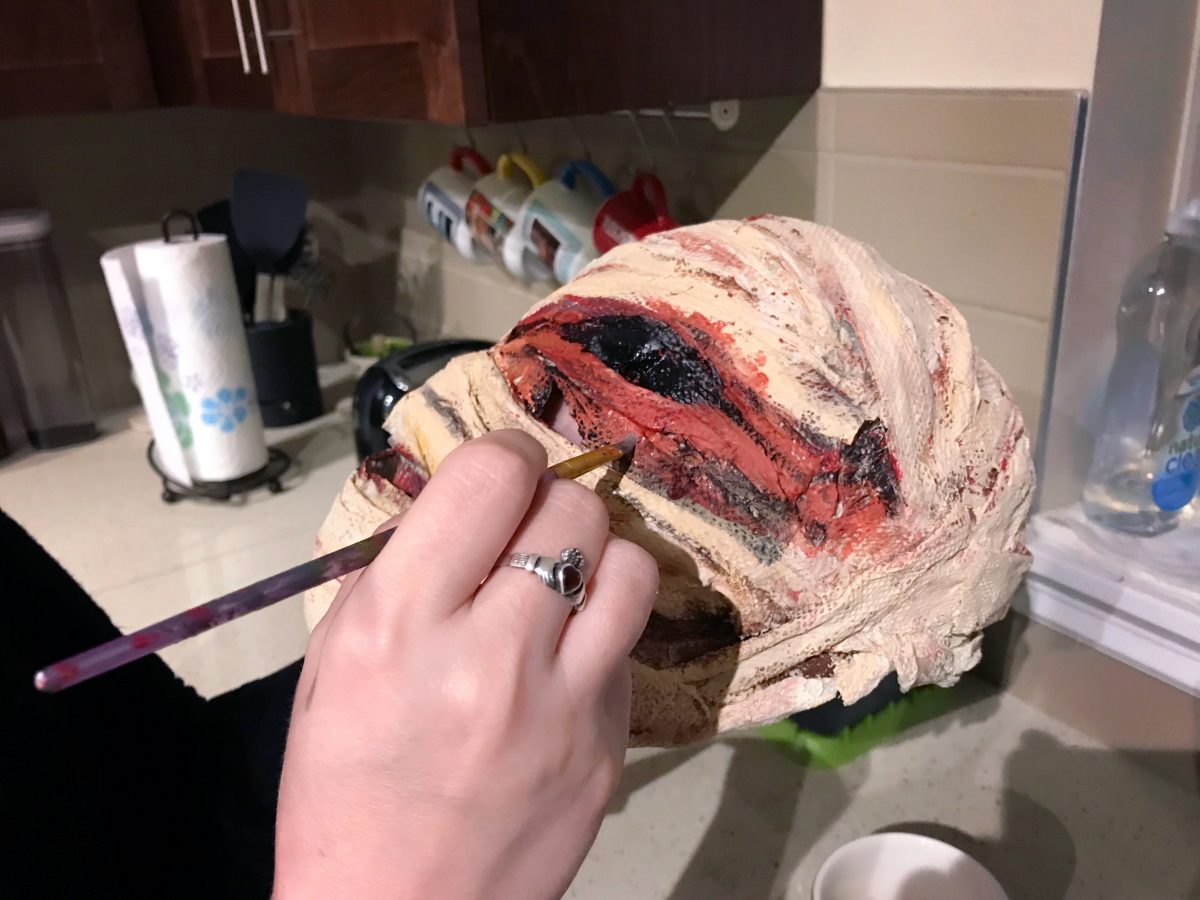 I started building web sites as a teenager. In 1998 I started using the family’s Macintosh LC475 to mush together <font> tags and image maps, and a 33.6 modem to put the results on Geocities and Angelfire. I was obsessed. It was probably the only thing I did on that computer more than play Marathon. I even snuck on in the dead of night to work on my Nine Inch Nails lyrics site during a two-month period when I was grounded.

After high school I was accepted into one of the only colleges in western Canada at the time that taught web design as a visual art rather than a technical discipline. In September 2000 I hopped in my Micra and drove off to the campus in the mountains with Zeldman-sized dreams in my head.

I loved building web sites for two reasons. The first was because at the end of the 20th century, any work on the platform had a high level of legitimacy by default. If you could write rudimentary HTML, you could appear every bit as professional as a major media outlet or corporation, and you didn’t need to know how to kern a font, set registration marks, or record a musical instrument. The web was an egalitarian place where the value of your work was gauged by your smarts and dedication, not your marketing budget. This stemmed from most of the web’s users being nerds, and the impossibility of skating by on flashy looks. Everyone’s computers had 4MB of video RAM and a JPEG took 45 seconds to download.

The other reason I wanted to build web sites was because I wanted to make a metric fuck-ton of money, really quickly. I’d gotten it into my head that working on the web was a quick way to earn the tens of thousands of dollars it would cost to go to school to make monster suits for Hollywood films.

I’d grown up in the 1980s and 1990s falling in love with practically-created monsters, like the werewolf in Silver Bullet and the titular alien hunter in Predator. Computers were amazing, but all I really wanted to do was make (and wear) monster suits like those that Rick Baker and Stan Winston’s shops were creating. I was sure that slinging HTML was a license to print money, and the tech-culture zeitgeist at the time reinforced this belief. I was going to save up the $45,000 tuition for the creature effects school I’d found in Toronto, I was going to throw my Dreamweaver 4.0 CD in the trash, and start slinging foam latex instead. I’d learn how to turn people into aliens and nightmare creatures! My unyielding attention to detail would make me a phenom! By the mid-2000s I would return to Vancouver to take up my rightful place with the monster-makers who worked on The X-Files and The Outer Limits.

None of that worked out. Instead, 9/11 happened, the tech bubble popped, and when I got out of college, I found that none of the creative agencies in Vancouver were hiring. With no experience and no networking skills, freelance work was nearly non-existent – at least it was for me, for whom the basics had come easily, and who presumed that everything else would be just as easy.

As the months turned into a year and then two years, and no web work or corresponding fortune materialized, my dreams of making monsters evaporated. By 2004, depressed and failing to make ends meet, the notion of doing anything creative as a means to support myself – let alone something as exotic and specialized as creature effects – was the furthest thing from my mind (other than exercise or proper socialization).

Then a series of remarkable things happened. I met a lady on the Internet. I wooed her with my writing and a very cool film-quality werewolf mask I had recklessly purchased during a brief period of financial solvency. We fell in love. She moved to Canada to live with me, her nerdy would-be werewolf, despite that werewolf’s lack of resources or prospects, and six months later we were married.

That was thirteen years ago. So many things have happened in that time, and virtually every one of the good things can be credited in some way, small or large, to that woman, Tandye Rowe. I could write so much about her. I will, in fact, and she will be very shy about it, which I understand, but when you encounter magic, I think you are obliged to share word of the resultant miracles. I will just have to hope she forgives me.

The specific magic I want to tell you about now – the magic that started me writing this post – stems from her utter refusal to allow her circumstances to dictate what she does.

Tandye is creative. She’s a brilliant illustrator and a baker / cake decorator so gifted that she’d make Zumbo lose his mind. She’s been to art school twice and left both times because she knew more than her teachers. She can’t cut a straight line with scissors to save her life, but she wields a glue gun and paint like a Renaissance master raised on a diet of 1980s cartoons and Etsy crafts. Her enthusiasm, her skill, her “Lisa Frank versus Tim Burton” aesthetic, and her generosity have produced so many delightful works of art – some of which were edible, some of which have made neighbourhood kids cry during trick-or-treating. In the five hours between my bed time and my alarm in the morning, she’ll make two dozen life-like eyeball cake pops or take a drawing from a sketch to a coloured hi-resolution character reference. If she wants to draw something, paint something, or make something, she learns what she needs, and then she does it, no matter what.

What all of these works have in common (other than their progenitor) is their spur-of-the-moment genesis. There are consistent themes in Tandye’s work, but no grand plan, or years-long scheme. She works with what is available, or readily obtainable through an afternoon shopping trip to the local art store or supermarket. There are no excuses, no maybe-laters or passions shelved, because making these things is what Tandye does. It is a kind of magic that is every bit as vibrant and surprising now as it was when I first saw her art online in 2004 and thought “huh, I should post a comment on that.”

As you can imagine, this is an amazing thing to experience in a partner, or to be around at all. But the point of this post, which I promise I did have in mind when I started writing it an hour ago, was this: now Tandye is making monsters.

She’s always been interested in monster masks and creatures. It’s one of the things that brought us together, and the desire to make werewolf gloves and demon clown costumes in our garage has come up frequently enough that my own dreams in this realm have resurfaced. It still seemed desperately improbable as a thing for me to do – my web-based vocation pivoted from “designer” to “developer” in 2008 and blossomed into an extremely satisfying career – but it was there again, under the guise of “wouldn’t it be nice to have the time one day”. This kind of deferment is not Tandye’s style, though, and this summer she undertook with characteristic casual ease what I’d long dreamed of doing but never dared to actually fucking do: learning the craft of practical creature effects.

One month ago she signed up for two concurrent classes at a local FX shop that cost less than half of what I paid for that werewolf mask in 2004. Her character for the mask-making portion of the class is a scary clown made of melting ice cream, and her first-time sculpture effort is so far ahead of the class that (and this just my interpretation, fellow classmates) the instructor has kind of run out of things for her to do. She’s learning techniques from watching YouTube videos, and she’s practicing in our kitchen in the dead of night. She made the Silent Hill nurse mask pictured at the bottom of this post in a handful of hours with paper towel, water, flour and paint. In short, she’s doing exactly what I wanted to do 15 years ago, and she’s accomplishing it the way she gets everything else done – the way anyone gets anything done. She’s just rolling up her sleeves and doing it. There may be magic in her skill, but there’s no magic in the act of simply starting.

The mask you see at the top of this post a prototype. She started another one, today, applying some of the things she learned the first time around. The first few layers of newspaper and paper towel are drying on the head form right now, pasted on with a mixture of water, Mod Podge and flour. I have some of that mixture under my fingernails as I type this. You see, I volunteered to help her with this one, since it was a daytime project. This mask is still in the early stage, so my help was limited to dunking strips of paper into the glue mixture and smoothing them down, but it was a start. There’s talk of a third Silent Hill nurse mask, to be built on a cast of my own head in the weeks to come. I may even wear it as a performer in a haunted house this October. We’ll see.

I would like to try my hand at the sculpting and painting on that third mask. I owe it to myself to stop waiting.